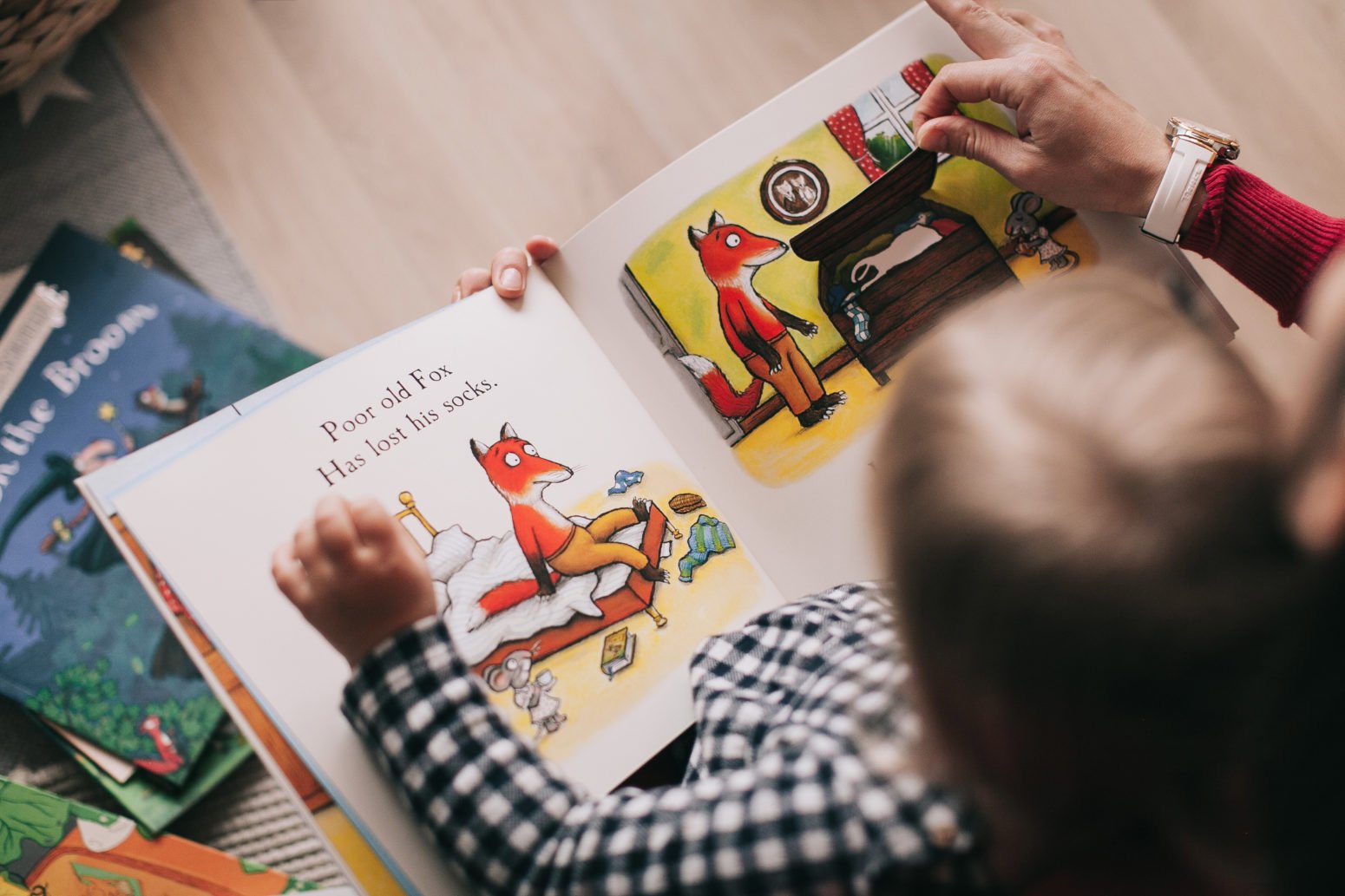 Back to News & Advice
Business Law

US hip-hop mogul and producer, Shawn “Jay-Z” Carter, has sued an Australian online retailer, The Little Homie, and its founder, Jessica Chiha, in the Federal Court in what is shaping as a David vs Goliath battle to watch. Jay-Z is alleging trademark and copyright infringement and that The Little Homie has been deliberately and knowingly profiting from his brand and likeness, despite having been given various chances to cease and desist.

The Little Homie sells children’s books and t-shirts inspired by popular culture, with the children’s picture book ‘AB to Jay-Z’ at the centre of the legal proceedings. The hip-hop inspired book teaches kids the alphabet using caricatures of well-known artists including Jay-Z, along with 25 others, for each letter of the alphabet. The book is aimed at parents who can “relive some of the greatest rap, hip hop and R&B musicians of our time, while teaching your children where it’s at”, as noted on The Little Homie’s website.

The book was self-published by The Little Homie via a successful Kickstarter campaign launched by Jessica Chiha which raised over $8,000.

Jay-Z features for the letter “Z” alongside the words “Zz is for Jay-Z and he has 99 problems, but his ABC’s ain’t one”, accompanied by an illustration of Jay-Z reading a copy of the book. Cute wordplay no doubt, given that it plays on the lyrics from one of Jay-Z’s hit tracks “99 Problems”, but does the book go too far? Does it breach copyright? Does this reference in the book imply that Jay-Z (Mr Carter) or his related entities is involved in the production of the book?

Maybe not (as discussed below), but Jay-Z’s image is also used on the website for The Little Homie, and the back cover of the book further appropriates the lyrics of “99 Problems”, by stating “If you’re having alphabet problems I feel bad for you son, I got 99 problems but my ABCs ain’t one”. The Little Homie also sells two versions of its “99 problems” t-shirt (again, using the same name as the hit track), featuring the words “I got 99 problems but by ABCs ain’t one”.

Does Jay-Z have a copyright infringement case?

Jay-Z alleges that the book infringes on the lyrical (literary) copyright in his single “99 Problems” which contains the lyric, “If you’re having girl problems, I feel bad for you son / I got 99 problems but a b*tch ain’t one”.

A copyright infringement occurs when a person does something that only a copyright holder is allowed to exclusively do with their work (such as licence, publish, reproduce, distribute, display, or make derivatives of the work), without the copyright owner’s permission, and without any relevant “fair dealing” defence applicable as permitted by the Copyright Act 1968 (Cth) (Act).

It is not necessary for The Little Homies to have copied or used all of Jay-Z’s work to have infringed his copyright; rather Jay-Z will need to show that The Little Homies copied a “substantial part” of his work, without his consent. The question of “what is a substantial part” is not defined in the Act, but the courts have generally interpreted this as an important, recognisable, distinctive or essential part of the whole. It is both a qualitative and quantitative assessment, rather than only a quantitative test. There is no rule stating that copying a small percentage of a copyrighted work is acceptable i.e. there is no hard and fast “10% rule” for instance.

In this case, it could certainly be argued that The Little Homies have infringed on a substantial part of Jay-Z’s lyrics. The lyric in question is repeated six times as a chorus hook throughout the song and is probably the most well-known element of the track, one that triggers the listener as to the origin of the rhyme and the producer of the music. Therefore, copying this particular lyric (save for the substitution of three words) could equate to use of a recognisable and essential part of the whole song, and this is of course what the Court will be considering during this proceeding. The whole point of using the lyric is for the audience to recall Jay-Z’s work and reflect on it to see the humour in The Little Homies’ adaptation – it naturally follows that an argument needs to be heard that a substantial part has been copied.

In considering whether The Little Homies has a defence to this action, the Act sets out some limited situations where a person can use copyright material without the copyright owner’s permission, known as the “fair dealing” defences. These include use of the material for research or study, criticism or review, parody or satire, reporting news or providing legal advice.

Of the “fair dealing” exemptions, the one that could potentially assist The Little Homie in its defence is a parody. However, parody is still a grey area in Australian copyright law and the term itself is not defined in the Act. In determining this, the Courts will likely revert to a dictionary definition. For example, the Macquarie Dictionary defines ‘parody’ as “a humorous or satirical imitation of a serious piece of literature or writing” and “a poor imitation; a travesty” and the Oxford definition is “an imitation of the style of a particular writer, artist, or genre with deliberate exaggeration for comic effect”. If this is seen to fall within a parody, the next question the Court will consider is whether the use is a “fair” use of the original work, i.e. it’s not about ripping off creators. There are a number of considerations including the nature and purpose of the use, whether it is possible to get a licence for using the work at an ordinary commercial price, the effect of the copying on the market for the original (i.e. whether the work directly competes with the original) and whether attribution has been given to the original author. It remains to be seen which way this case will go and whether this is raised as a defence, but while it is arguable that this is a parody, it is also doubtful that the use is fair, especially since it is for the purpose of The Little Homies procuring profit for themselves.

What about passing off?

In addition to copyright infringement, Jay-Z is claiming that the use of his name and likeness in addition to the “99 Problems” lyric, was “a deliberate and knowing attempt to trade off the reputation and goodwill” of the rapper which resulted in a “false and misleading representation” that Jay-Z had approved and was affiliated with the book when this was not the case.

In legal terms, this is known as “passing off”, a tort which requires both 1) taking a free ride on the goodwill and reputation of another and 2) misrepresenting that there was some kind of commercial arrangement in place that allowed for this. It also falls under the false representations framework in the Australian Consumer Law.

In our view, Jay-Z may have a point here – his name, image and reputation have certainly been used – however, the question remains whether someone would reasonably believe that billionaire Jay-Z (together with the 25 other hip hop superstars) were all affiliated and approved of the book published by the small-time e-tailer in Australia. A free ride maybe, but was there, in fact, a misrepresentation?

The inside of the book includes the disclaimer “Any reference contained in this book to musical artists or their works does not constitute or imply the endorsement, recommendation or approval of those artists” and this is also replicated on the website at the point of sale. But is this enough?

In our view, a disclaimer cannot overpower the overwhelming impression that may be given by the title of the book (featuring Jay-Z’s name) and the back of the book (featuring Jay-Z’s lyric), and the marketing and the other references to Jay-Z which appear on the website, but it is a matter of balancing these issues out and coming to a final position. Therefore, the Court may well find that a misrepresentation has occurred that Jay-Z supported and approved of this work and that The Little Homies have engaged in passing off, or not.

It remains to be seen how this will play out in Court, and we will no doubt be watching this one closely as The Little Homies have indicated that they intend to defend the action, and we will keep you updated.

If you would like legal advice from Clint Fillipou, you can choose a Quick Match or browse Our Lawyers.

This article does not constitute legal advice or a legal opinion on any matter discussed and, accordingly, it should not be relied upon. It should not be regarded as a comprehensive statement of the law and practice in this area. If you require any advice or information, please speak to practising lawyer in your jurisdiction. No individual who is a member, partner, shareholder or consultant of, in or to any constituent part of Legally Yours Pty Ltd accepts or assumes responsibility, or has any liability, to any person in respect of this article. 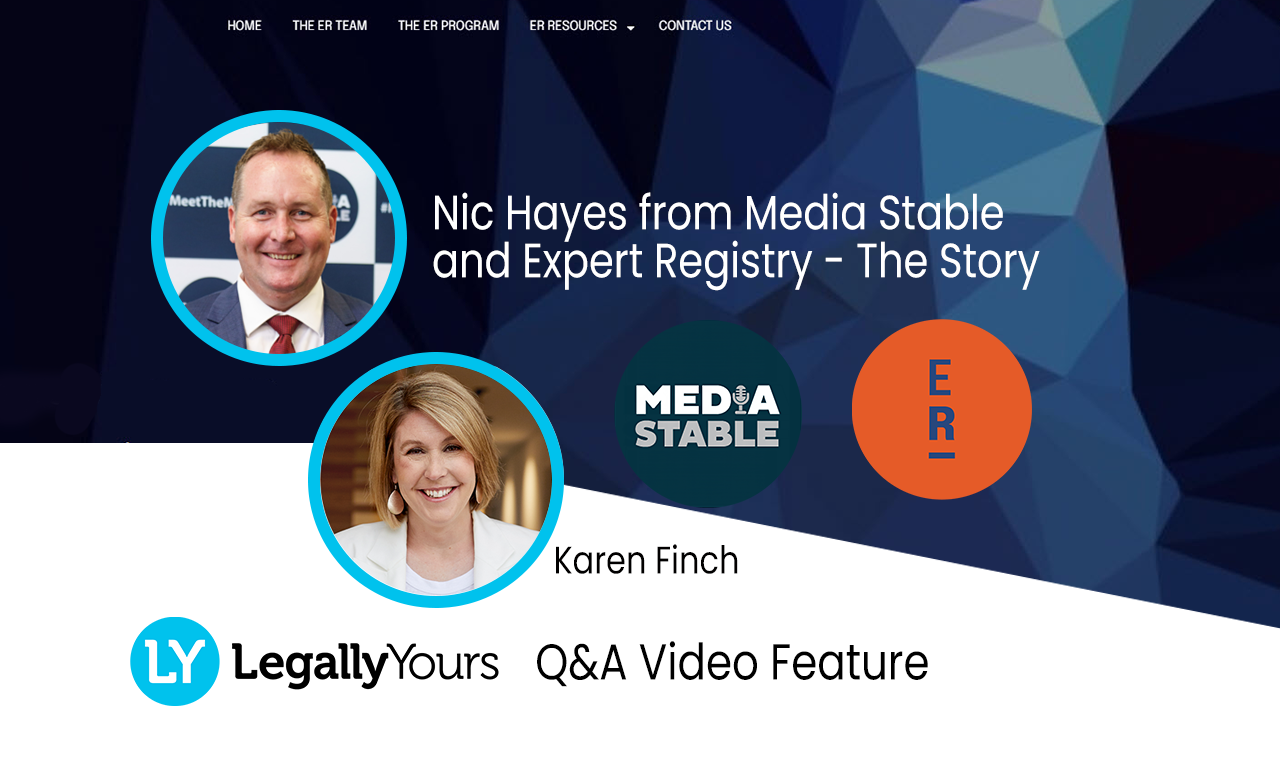 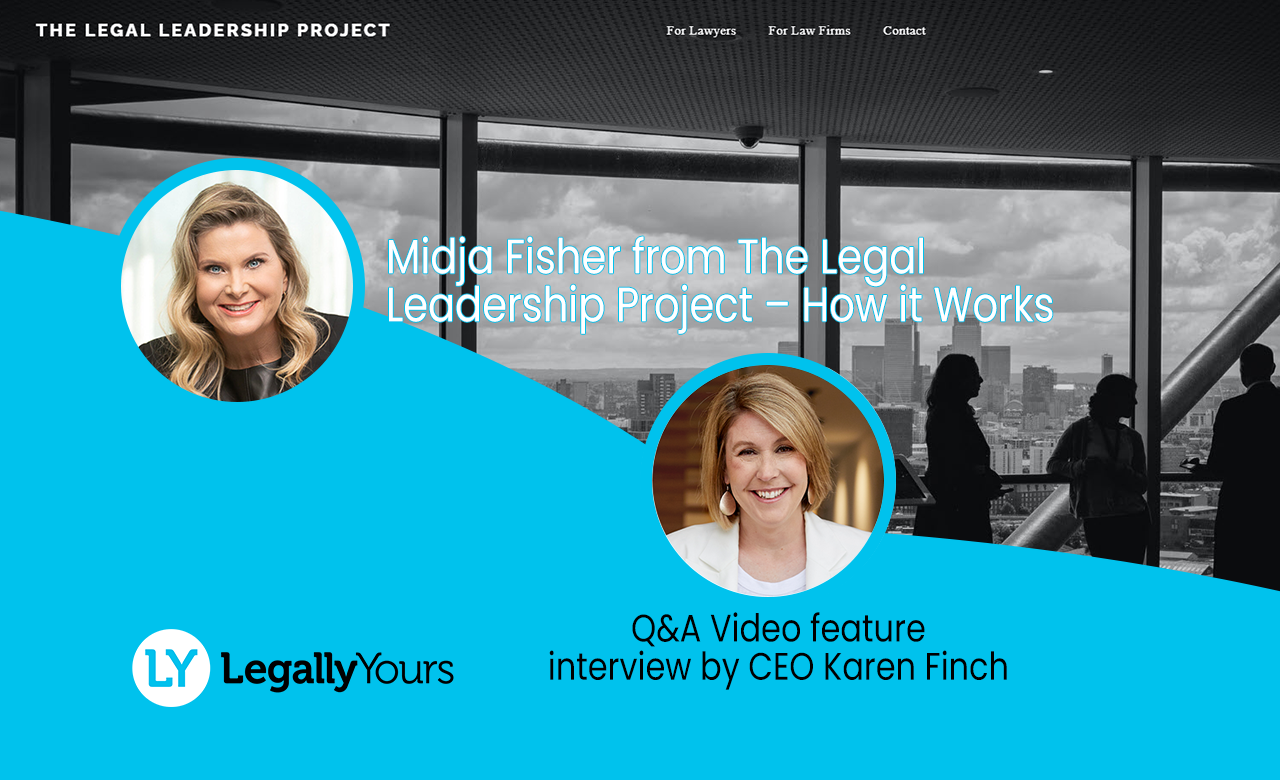 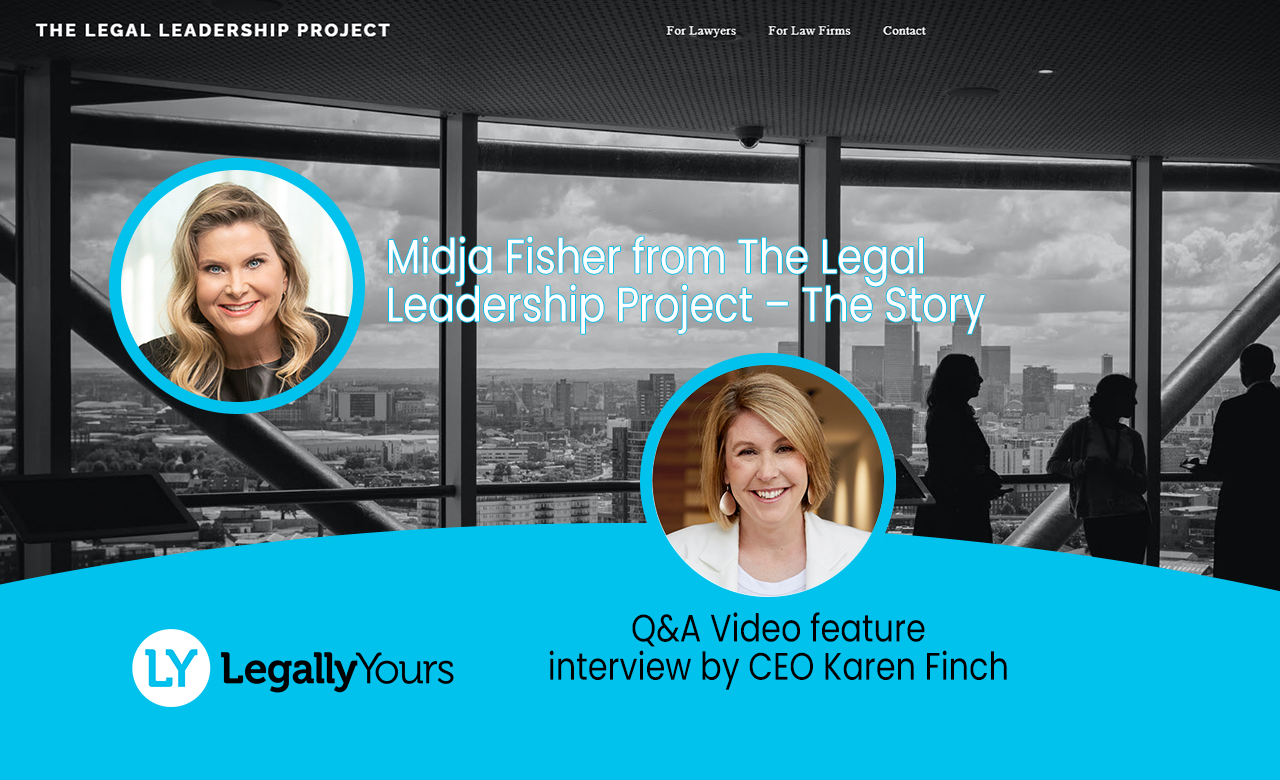